Kill the Love Handles Before They Kill You 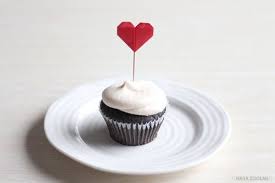 The New Year may be settling into the Shadow of Sonoma Mountain, but remnants of the old year linger. Dry, naked trees tilt forlorn and forgotten along street curbs—late for recycling; icicle lights drip off rooftops in the February sun; credit balances spike; even the crumbs of cake and cheese still lurk in the back of the refrigerator. Changing one’s reality, the plan for January, is harder than I thought. Ghosts of the old reality are tenacious and hang on, especially around my middle. And my middle was one of the perceptions I’d planned to change. Do I dare use the “D” word?

I worry. My expanding middle-aged middle, not at all benefited by Linda O’s supremely decadent rum cake, doesn’t appear to understand that I’m working hard to see it differently—not as a slab of flab that makes me look my age, ruining my opportunities to wear bathing suits, but as a hard-earned trophy of a life lived to the fullest. Ha! I’d rather not see it at all. But this is the conundrum, isn’t it? The more we focus on the things we don’t want, the more we have them. I read somewhere that you can love yourself into size ten—if you love yourself enough. I apparently only love myself size 12, and it may be a 14 after Valentine’s Day.

Some people manage to love themselves size 10’s worth even when they’re in 3x. I admire these folk. Their views of themselves aren’t hung up on outward appearance and society pressure, although society is actually shifting its perception of beauty and accepting rather padded flesh in place of the decades old twig image—ok, not Victoria’s Angels—but look at the proud losers on the Weight Watchers ads. There ain’t a skinny Minnie in the bunch. Uh-oh. Was that a snarky comment? It’s that attitude that needs to change. I’ve got it in my head that my Rubenesque shape is undesirable, rather than seeing the opportunities to wear muumuus and Ren Fair costumes. I love sweats. I should be happy. 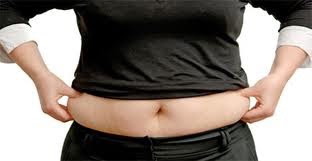 Part of my problem is that I’ve been reading up on belly fat and dread diseases. It’s hard to love the middle when the middle is telling me it’s the onset of Type 2 diabetes. We had a little scare recently in my family, but the doctor insisted that through a sensible diet and exercise, the diagnosed prediabetes could be reversed. My family member cut out sugar in all its insidious forms and in a couple months, has shed the bulge, controlled his blood sugar and looks just fabulous, dahling. I’m down with eating sensible meals and exercising—I joined the gym last February after that rich Valentine’s dinner—but giving up sugar? No wine? No chocolate? What about fruit? Is there a perception change I can make within myself that causes me to shun sugar? Maybe I can have my dentist pull my sweet tooth.

Belly fat, or central obesity, is linked to Type 2 diabetes, as we all know, but did you also know that it’s linked to heart disease, stroke and osteoporosis? Preliminary studies indicate that people with high body fat have less bone mass and weaker bones, according to studies reported in the American Journal of Clinical Nutrition and the Journal of Clinical Endocrinology and Metabolism.

Let’s not even think about what all this extra weight does to our knees. My friends and I have reached the age where we begin to replace moving parts. Maybe a trimmer waist would stave off the titanium joints. Or, another thought, maybe titanium joints would turn me into Supercrone! I might save the world from evil, one word at a time, throughout my dotage. If I could learn to flap my rolls, I’d soar—now there’s an image. Ok, I won’t appear in public wearing the “Super” suit. I promise. I watched Dr. Phil’s show once. Lucky me, it was the day he brought in an expert on pot-bellies to discuss the connections between belly fat and diseases then invited obese audience members onto the stage to pick up and display slabs of pure fat comparable to the flab around their own middles. Five pounds of fat is just gross!

That’s not all, folks. Belly fat is connected to Alzheimer’s Disease, the disease I fear most. Here’s the frightening 4-1-1: mid-life obesity has been associated with dementia. A U.S. study reported in the  Annals of Neurology, examined over 700 adults and found evidence to suggest higher volumes of visceral fat—the fat Dr. Phil displayed from inside the body that packs around your organs and wreaks havoc—were associated with smaller brain volumes and increased risk of dementia. Alzheimer's Disease and abdominal obesity has a strong correlation and, with metabolic factors added in, the risk of developing Alzheimer's Disease was even higher, an almost 10-fold increase risk (Wikipedia).

I’m scared. I have trouble remembering words now. How will I save the world if I can’t remember I’m a writer? “Named must your fear be before banish it you can,” Yoda reminds me. And the name is change; it’s the hard work I need to do: the new habits I need to form, the old habits and thought processes I need to dump to create a new perception of myself. Supercrone doesn’t sit around popping bonbons into her mouth all day in front of Dr. Phil’s show. Nor does she worry about dieting. She isn’t deprived of the food she loves, she’s empowered by the strength, energy, cognitive ability, ease of movement, ability to sleep well, and, yes, her leaner silhouette (not just her end of the day shadow, either), possibly in a bathing suit.

On Valentine’s Day, when David and I are beckoned by dessert at The Wild Goat Bistro we’ll see just what scares me more: giving up sugar or adding to my waist. After all, love handles kill!

Posted by Ana Manwaring at 1:53 PM No comments: