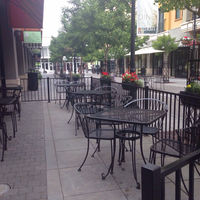 Five years ago our team of six lounged at a table in Theater Square, eating ice cream and nervously assessing the  competition registering for the 3rd Great Petaluma Treasure Hunt. As the two PM start time loomed, all kinds of people showed up, filling the square with noisy excitement. With growing confidence, we determined we had the advantage over the families with school-aged kids and the twenty-somethings who’d probably get bored. And wouldn’t the senior citizens get too hot tromping around in the August sun? Besides, we included a writer-editor, a computer whiz, two puzzle experts, an artist, a teacher, and between us held five undergrad degrees, two masters degrees, one PhD, and six smart phones. Not to mention a combined residence in Petaluma of about seventy-five years. Team Albuminati a cerain shoo-in!

Our team regiseterd in advance, proceeds benefitting Butter and Egg Days. The clue packets had been handed out at check-in, and we had nothing to do but bake in the hot August sun and speculate on possible clues until the “starting gun” of what was essentially a race to find locations in downtown Petaluma and solve clues. The cover of the sealed packet offered some strategies to maximize our use of time: “determine as many clue start locations as possible before heading out” being excellent advice. 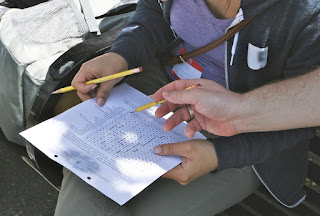 At two o’clock, the MastermindTreasure Hunts team gathered the 28 participating teams together, explained the rules and instructed us to break the seals on our packets. I felt like I was back in school about to take the SAT. Maybe it was the heat, but pinpricks of perspiration broke out under my hat-band.  My pulse raced. 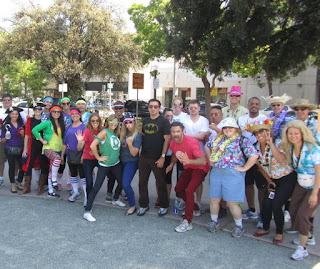 The Albumati raced to a corner of the square in the shade and started solving for clue locations. The teacher reminded us to answer what we knew, skip what we didn’t coming back to those later. We all got #1-A—a no-brainer: It’s quite an odd place for a lair/a business with tools and hardware/ but this place’s name/ is one and the same/ as the wondrous bear that is there. We marked our maps with  1)Rex Ace Hardware.

In moments my husband had 3) Putnam Fountain. I knew 7) Copperfields and 8) The Petaluma Historical Museum. Our artist, Diane, was all over 2) The Petaluma ArtCenter. We marked our maps with the numbers and a route began to emerge.

Ours wasn’t the first team to leave Theater Square, nor were we last. A knot of “hunters” clustered in front of Rex Ace pondering the clue: a missing letter—the “v” in shovel. We raced to the Historical Museum and our scientist PhD easily found 26 apples in local artist, Sachal’s, painting Apple Tree: Homage to Newton. We streamed out onto Fourth at Kentucky and found “Heritage.” We were giddy, on a roll. Copperfields stumped us. We moved on to find a flour company. Forty-five minutes later, we’d covered every downtown alley and the Boulevard but couldn’t find the clue—because it was on Washington. 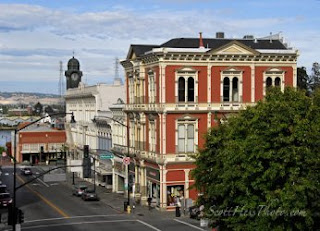 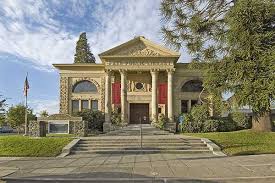 Well, if we hurried and got the rest right, we could still win, couldn’t we? We took a quick rest in the shade to google Petaluma flour companies before scurrying around Putnam Plaza to discover that the fountain isn’t dedicated to anyone in particular, but the drinking fountain is dedicated to Milt Whitt. Got another one—time to move back toward Theater Square. I’d solved much of the puzzle for locaton #6 before we’d departed the starting line, and we knew we wanted to be near Graffiti Restaurant, but we never found the clue. “Ok, then let’s run to the Art Center,” concealed David, Mr. acrostic. He'd figured out the clue: a snake with a shovel for a tongue!

Time ticked on and we had about twenty minutes to find the last clue in Walnut Park. I don’t think anyone actually solved the maze, but we found the clue, 1932, through sheer will and jogged back to Theater Square with six minutes to spare. Someone handed in our score sheet and we grabbed a table at La Dolce Vita Wine Lounge and ordered drinks and appetizers. The Albuninati was sweaty, hungry and every one’s feet hurt! 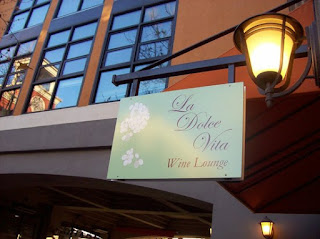 Soon the tables filled up and the Mastermind Treasure Hunt team tallied the scores. Someone got onto the mic and said they’d announce the winners soon. I gripped my husband’s hand feeling like that six year old waiting to have her basket of colored eggs counted by the mothers—the basket with the most eggs (usually my sister’s) won a beautiful sugar egg with a pastoral scene inside. This was going to be my sugar egg! I ordered another glass of wine. 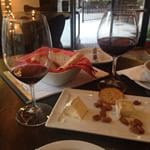 “In 3rd place, Red Harvest, with all ten answers correct and a 4:12 time stamp,” the emcee announced. A table of adults hooted and the crowd clapped.

Ten clues? “Hey, did you guys know we missed one?” I asked. “Yeah,” our detail- oriented programmer answered, “the one about the street crossing signs.” Drat!

“In second place at 4:10 with all answers correct, the Evil Goggles!” The crowd cheered, but I couldn’t see the group from where I sat. “And first prize goes to the Be Dang Cool with all ten clues and a finish time of 3:52.” The table next to us erupted—eight or ten twenty-somethings had won the prize—a night at High Tides Cottage on Tomales Bay. Definitely not bored.

And in 23rd place, the Albuminati! Our prize? A wonderful afternoon exploring our hometown, learning about its history and meeting our neighbors. After a day of laughter, ice cream and drinks with Petaluma, we had a big win. 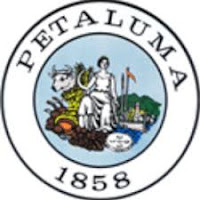 Posted by Ana Manwaring at 4:33 PM No comments: